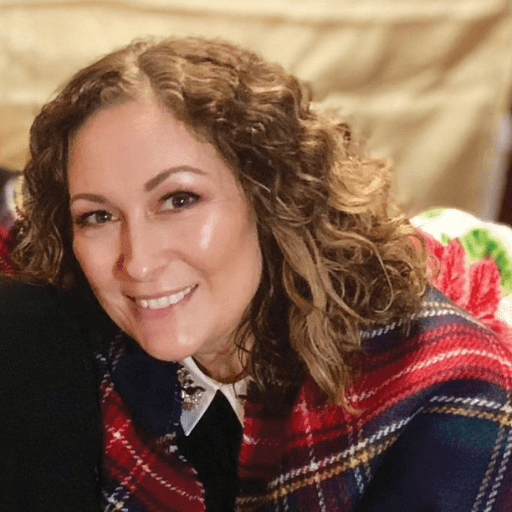 Maine Voices of Recovery is a series written by Jamie Lovley and created by Knox County Community Health Coalition in partnership with the community. The goal of the series is to teach the community about recovery, dispel misunderstanding about substance use disorder in the state of Maine, and record stories of how long-term recovery does work. All names have been used with permission.

Rachelle Bell is the Recovery Services Manager at both the Maine Coastal Regional Reentry Center and at Volunteers of America’s Project Connect. She works with the incarcerated populations in Waldo and Knox counties in programs that allow people facing drug charges access to life-saving treatment resources.

Her passion for helping the incarcerated population began in 2019 when she interned at the Maine Coastal Regional Reentry Center while she was studying to be a substance use counselor. “In my first meeting in the reentry center, I realized these people aren’t scary, they were just like me. The only difference between them and me is that I never got caught when I was using. That was the only difference.”

This year Rachelle celebrated two accomplishments, finishing her bachelor’s degree in mental health and counseling, and achieving ten years in sobriety. Today Rachelle gets to help others access recovery resources that helped her in her own journey years ago.

Rachelle first encountered substance use disorder in her childhood, when her stepfather’s alcohol abuse created chaos and violence in her home. She found herself using food as a way to exert control in her life. From there she moved on to alcohol, marijuana, and hallucinogens in her teens.

In her early twenties, she began to self-medicate with opiates to cope with symptoms of PTSD. “Alcohol and opiates let me come out of my shell, made me relax. I got that power back. I was comfortably numb. Then I became dependent.”

From age 23 to 33, Rachelle was using substances on a daily basis.

If she wasn’t using, she was looking for substances or recovering from them. “I felt I was functioning using substances, but there were times I was homeless. I was putting myself in dangerous situations, buying and selling drugs, and making very bad decisions.”

When Rachelle wanted to start a family, she decided it was time to reach out for help. “I went to a 12-step recovery program for food addiction. Two months in I knew my problem was bigger than I realized and I told my sponsor I needed more help getting sober.”

At the time she didn’t know anything about recovery coaching or the restorative arts.

Today she is a part of the Waldo County Recovery Committee, working together with providers and community members to provide comprehensive and connected resources to those who need them.

Rachelle surrounded herself with women in recovery who supported her and knew what she was going through. “I didn’t even know how to live without substances. It was like growing up all over again. I was a child.” She began Suboxone treatment, went to recovery meetings regularly, and attended counseling for the trauma she had tried so hard to address on her own.

Rachelle believes that education in the community about medication-assisted treatment is important to fighting the stigma around substance use disorder and increasing the network of support for those struggling with opioid misuse.

“I’m living proof that it works. I was on Suboxone for eight months, and I don’t think I would have been able to get off opiates without it. I tried over and over again and failed. I used it as prescribed and had other supports around me, and that’s key.”

Building up a network of supportive women in recovery and creating a mentor relationship with a sponsor helped Rachelle navigate the difficult transitions in early recovery. Other women who had gone through similar struggles inspired her and built her up. Through this, and a counselor who truly believed in her, Rachelle found new self-worth and hope.

“Until substance use disorder affects someone personally, people have stigmatizing thoughts. When it happens close to home people realize it can affect anyone. It doesn’t discriminate, no one is immune, and it impacts this whole country.”

Today Rachelle has a seven-year-old son, a gift of recovery. “I know that if I pick up, if I take that one sip, everything I have today will be gone. It’s only a matter of time. Having a child of my own gives me hope. ”

Today Rachelle finds great pride in the work she does with the incarcerated community and as a certified alcohol and drug counselor.

Her story and impact in the community are beacons of hope to those around her. “One of the scariest things about getting sober is the unknown. I lived so long with substances I didn’t know how else to live my life. If I can do it, anyone can and it’s so worth it.”

Jamie Lovley
Jamie Lovley, a graduate social work student in the Midcoast and working at a residential treatment facility, is the Substance Use Prevention Specialist at Knox County Community Health Coalition. She’s passionate about writing recovery stories that fight stigma and inspire hope.
Previous article
Recovery Discovery for NoMoPhobia
Next article
Letter From the Publisher Issue #24