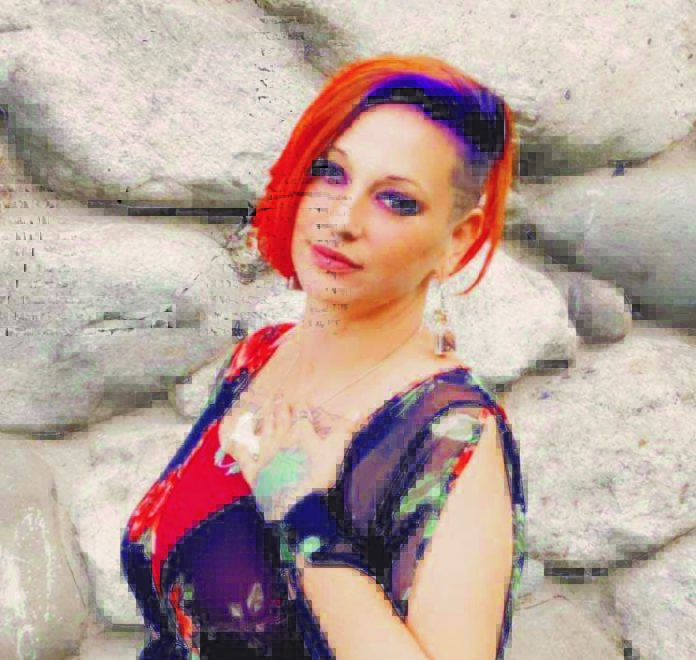 Christine Maider is a powerhouse. She’s a grateful and loving mother of four, a community activist, and a survivor. Christine has been in recovery for the past five years.

She’s so much more than her alcohol use disorder, and she wants you to know that if you have a problem with alcohol or drugs of any kind, you are more than that, too.

Christine’s drinking got out of control, and she lost custody of her children when she was 26. That’s when she began working harder on her sobriety. Christine quickly learned how big a beast stigma and bias can be.

Through her journey, Christine has heard from social worker after social worker that she was a bad mom, she would never hold onto her sobriety, she should sign away the rights to her children. But she worked hard, and she’s here to tell her story about regaining custody of her children. “It’s a fine art,” she says about tolerating stigma while pursuing her sobriety and keeping a cool head.

In that sense, Christine Maider is also an artist.

Five years ago, Christine moved to Worcester, MA when she was experiencing homelessness. Each day, she drove by an AdCare Outpatient Facility, where she would see people standing around the front of the building, smiling and connecting with each other.

Christine would ask herself, “why can’t I have that?”. In the winter of 2016, she decided she could have it.

She signed up for AdCare’s day program, met her current counselor, and attended meetings Monday through Friday for a year and a half. Then she was ready to begin the fight to get her children back.

Her reserves of hope began running low but she wasn’t going to turn to alcohol this time. She was advised early on in her recovery that if she felt hopeless, if she couldn’t find it in herself to keep going, that she could “hotspot hope,” similar to a Wi-Fi signal on your phone, she could and did start to “pull hope” from those around her.

Christine’s experiences with the Massachusetts Department of Children and Families (DCF) were frustrating and painful, but she leaned on her community and took direct actions that helped her maintain the hope of regaining custody of her children. Since the early days of her recovery, Christine has been involved in community volunteering, fundraising committees, and work at the YWCA in her area.

She participates in a Parents in Recovery Advisory Counsel to both process her own experiences with DCF, help support other parents, and organize change within the DCF system. “I believe everybody has the right to recover,” she says.

Slowly but surely, Christine and this counsel’s work have borne fruit.

Two concrete examples of successes are counsel training for offices within DCF on substance use disorder and domestic abuse and allowing recovery coaches to participate in family meetings alongside social workers.

Currently, Christine Maider is one of four women featured in Lisa Oliveri’s second documentary, Recovery City. Based in Worcester, MA, the documentary acts as an “immersive portrait” of the recovery of these women. Along with Bridget, Janis, and Rebecca, Christine shares her fight for custody on screen and proves to everyone once and for all that recovery is for everyone.

Christine did regain custody of her children and is maintaining her sobriety and reclaiming her life. For every oppressive comment made in her direction, she has tenfold the smiles from her children. A moment she holds close to her chest is the day she brought her second oldest daughter to her apartment for the first time after gaining custody.

There would be a comparison, now, between her small apartment and the wealthier foster family who took her daughter to Ireland. When Christine tucked her into bed that night, her daughter said she could have everything in the world, “but all she really wanted was her mom and her family.”

This moment has become a well of hope for Christine and now, she gets the opportunity to spend all the time she can with her family.