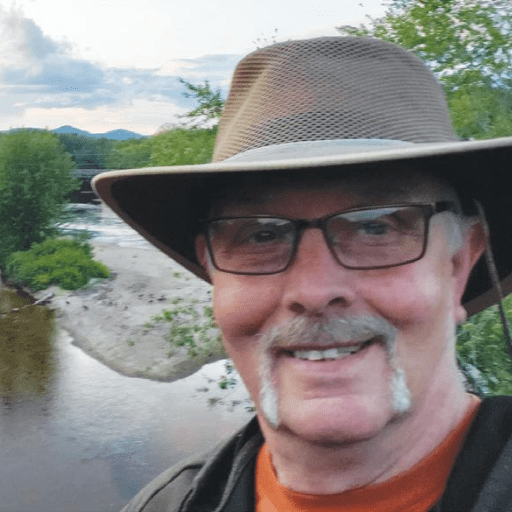 A young addict recently asked his friend in recovery if he ever, you know, thought about getting high again or thought about drinking again. Dave, the friend, took a moment and looked at his life: a 20-year marriage, a strong relationship with his son, 12 grandchildren, active fellowship and community, a new home, a good job and a sense of peace.

He realized that, yes, the thought comes up now and then, but he would lose everything he has in an instant.

Dave is a recovering addict.

Growing up in Cumberland County, Dave had a tumultuous start in life with a broken home and abuse he could count on. He felt resentment towards his parents. His father had been stationed in Vietnam during the war and chose not to come home to his family. His mother had battled her own issues and left Dave with a man who shouldn’t have taken care of children.

When Dave was 16, that man passed on and Dave bought himself a pint of gin. The party began. What happened next wasn’t pretty: chugging the bottle, puking, passing out, feeling awful. That’s when Dave decided he wanted to feel awful the rest of his life. He prioritized feeling awful.

It started with alcohol, but Dave would have taken anything and he couldn’t just take a little. He experienced prison time off and on, sold drugs, got a job and an apartment and then he got arrested one last time in 1998.

Dave was in Cumberland County jail for nine months. His probation officer suggested that Dave consider rehab and so he gave it a shot, tired of the party, tired of feeling awful. He stayed at the Hope House in Bangor for a 28-day program but he needed more time. So he turned to Wellspring Inc. Treatment Center where they had a nine-month residential program.

A third of the way through, Dave was getting the hang of it, of sobriety and how to fill his time with something better. Things started looking up and Dave got scared. Once the residency was over, could he keep it up? How was he going to implement all he was learning?

“I say this often,” Dave says, “sometimes it isn’t when my life’s going bad, that I worry. It’s when my life is going good.”

He began the search for a sponsor. When he found Joe, he didn’t think they would have much in common. Joe was an older gentleman, and he was an alcoholic. Dave wondered how this old alcoholic was going to relate to himself, a young addict. The two found that simple common ground in the solution Joe offered, and Dave was inspired to become a sponsor to other young addicts who needed help.

Joe took Dave through a 12-Step program and supported him through his ups and downs. Dave went to live in a sober living environment for nine months with three roommates in recovery.

From there, he began building a life he fell in love with. He applied for culinary school, got in, graduated at the top of his class, and felt the pride of being the first in his family to go to college.

Things were really starting to get good for Dave. New career path, happily married to a woman in recovery herself, maintaining sobriety and working hard—and that’s when he started to worry again.

Dave’s career “became God” and things were starting to fall to the wayside. He had been missing his meetings. He had an argument with his sponsor.

Worst of all, he hurt his back and had to go to the hospital. They gave Dave painkillers and the party started all over again. Before this, Dave was seven years sober and he drank it away.

His relapse lasted a year until he and his wife had an argument. That night, Dave called his sponsor, who said to him, “I’d be more than honored to help you.” Dave decided he had to detox on his living room floor. It took him five days. Since then, Dave has been 15 years sober.

“I learned a lot of things from that point” Dave admits, humbled. “One thing I learned is that I have to be involved in the fellowship all the time. I need to always be on a committee (or) working to help other people in recovery.

Dave is holding tightly to the beautiful things in his life. He keeps his recovery at the forefront of his mind and reminds the people in his life often that his recovery is “the foremost part” of who he is.

He and his wife dedicate much of their time in meetings, hosting meetings in their new Windham home after making the move from Bangor, and he is currently sponsoring others in their recovery struggles.

Dave has gone out of his way to form peaceful and honest relationships with those in his life, especially his family. He made amends with his father in his later years, creating a hospice in his own home for his father before he passed six years ago and creating a true home for himself.

Every day, Dave is less fearful of the good things and grateful for them instead.