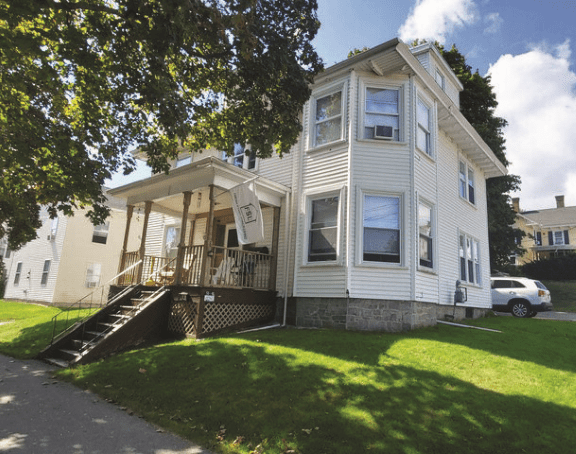 Expanding to meet the needs

From its humble beginnings at 87 Ohio Street in Bangor, Fresh Start Sober Living now includes nine sober residences for men and two for women, and is about to open the doors of its twelfth residence this fall.

Four to five years into his own sobriety, Scott Pardy, founder of Fresh Start, was conducting AA meetings at Penobscot County Jail at the encouragement of his sponsor. “I started to see the same guys…they couldn’t stay clean, and then they’d commit crimes to support their habit and land back in jail,” Scott says. Recognizing the need for sober housing in the area, he bought the house on Ohio Street.

“That was the first house,” he says. “It kind of took off from there.”

“Housing’s the base of the pyramid,” he adds. “If I was living in a tent, homeless, behind the Hope House in Bangor, I’d be drinking also.”

“All the houses are nice,” Scott emphasizes. “Everybody has some dignity; everybody plays a part. We have chores lists; we keep the properties clean. Upstairs, downstairs, kitchen, bathroom, outdoors. If somebody has outside duty, they mow the lawn.”

The city of Bangor has been an invaluable partner to Fresh Start. “We’ve had great support,” Scott says. We’ve been very fortunate. People like the program. We continue to get good housing deals, even with the pressure of what’s going on with home sales. It allows us to stay affordable, which is the other half of the mission.”

“Hopefully we’re going to get a decent-size grant,” he adds, “Because everything is skyrocketing. Energy costs have almost doubled. Electricity has gone up incredibly. Insurance has almost doubled. And the need continues to grow. “With the applications we get each week, we could easily fill five more houses right away.”

One of Fresh Start’s house managers, Ken Hutchings, knows about the need firsthand. After a fall down a fire escape, Ken became addicted to prescription painkillers.

“I went in for an appointment one day, and the doctor said ‘I can’t prescribe any more medication.’ That’s when it started, right there.

“It’s a lot harder now for people to get it [painkillers], which is good,” he adds. “The doctors think they’re helping, but in the long run they’re really not. They’re starting people on the road to Hell.”

In 2018, Ken was about to graduate from Wellspring, a recovery program in the Bangor area.

“I was lucky to get in,” he says of his acceptance into a Fresh Start residence. “I couldn’t have asked for anything any better. If I was out on my own, I probably would have been right back at square one. Addiction’s a hard thing when you have to do it alone.”

Both Scott and Ken would like to see a detox house in Fresh Start’s future, and a larger building where they could host recovery meetings. Ken’s vision is for “a place for people to come, then transition to one of our houses. A place to get a handle on their addictions so they’re able to better their lives and move on.”

Sober Houses Within Communities are Essential in Addiction Recovery