Anthony Brown has a message for anyone considering recovery: “Miracles do happen. Don’t quit before the miracle happens.”

When Brown was two years sober, he visited the park where he once slept and used drugs. He found a bench and sat down to conduct what he calls “a God test.”

“I said, ‘You know what God, I know cars run on gas, and I know this bench I’m sitting on is solid. I know that for a fact. Prove to me that you exist.’ I went directly to the source.” At that moment, Brown felt an overwhelming sense of peace and comfort within him. He decided to trust in his higher power. God had miracles in store for him.

As a young boy growing up in Steubenville, Ohio, Brown learned there was freedom in the park. He started drinking at 10 years old when he found his mother’s gin under the kitchen sink. Soon after, he discovered marijuana. At 14, he quit school and ran away from home. He joined the carnival and drank and used drugs as often as he could.

“I would put anything in my body to change how I felt,” Brown said. At 18, on a whim, he and a friend drove to Lynwood, California with only a duffle bag of belongings and no place to live.

Brown endured homelessness for 23 years. Early on, he found jobs at fast food restaurants flipping burgers and selling drugs from the drive through window. Brown was arrested a half dozen times before anyone offered him help with his addiction, and then twice after. “The police officer who continued to arrest me asked me if I wanted some help,” Brown says. “At the time, I was sick and tired of being tired and sick. I had no place to live. I had an eighth grade education. I was eating out of trash cans and living in a tool shed above someone’s driveway in a carport. That’s where my life was. I was just tired.”

Brown, who spent most of the 1990s in prison, was sent to a treatment facility, where he realized the true nature of his addiction: “cunning, baffling, powerful.” In treatment, he found community and purpose through attending AA meetings.

“It’s really interesting how some program sayings apply in your life,” Brown says, “Cause they say, ‘No matter how far down the scale we have gone, we will see how our experience can benefit others.’”

When Brown stood up and walked away from that park bench, he took with him two lessons: don’t hurt anybody and finish what you start.

Through his sobriety, Brown has started and finished more than he ever thought possible. He went back to school for nursing, and today, he is a licensed psychiatric technician and a registered nurse. “I always wanted to be a drug dealer and God made me a nurse,” Brown says, laughing and adding that he is now “addicted” to education. His bookshelves are full and his walls are peppered with academic certificates and degrees, and he’s looking to add some more—he is currently studying for his master’s degree in nursing.

Brown has authored two books about his recovery journey. The first, From Park Bench to Park Avenue, chronicles his journey out of homelessness. His most recent book, I Once Had Nowhere To Go, is an illustrated guidebook to inspire conversation around homelessness.

From Brown’s website: “The unhoused face challenges including lack of transportation, stigma, and a host of issues regarding access to adequate healthcare. In some cases, the time spent in the streets could last for years. New strategies or reconfigured programs targeting this population need to be developed to assist with a long-term solution. The key is connecting these individuals with resources and creating a method that can answer questions wherever and whenever the individual needs a solution.”

Bright, bold, and with more than a little belief, Brown stays busy. He recently purchased an abandoned 9,000-square-foot mansion built in 1916 in Ohio. The mansion, which he calls Brown Manor, is a miracle of his own making. It will be renovated to support the homeless. He launched a GoFundMe campaign to help support renovation costs.

Brown says he owes much of his success to his higher power. “I appreciate the fact that I know that today I’m okay,” he says. “And sometimes that’s all I get is just knowing that I’m okay at the moment, and I’m gonna always be okay. When I get up in the morning, I hit my knees before I hit my feet. God is like my best friend. We laugh and joke about all kinds of different things, you know? And I get the opportunity to be who I am.” 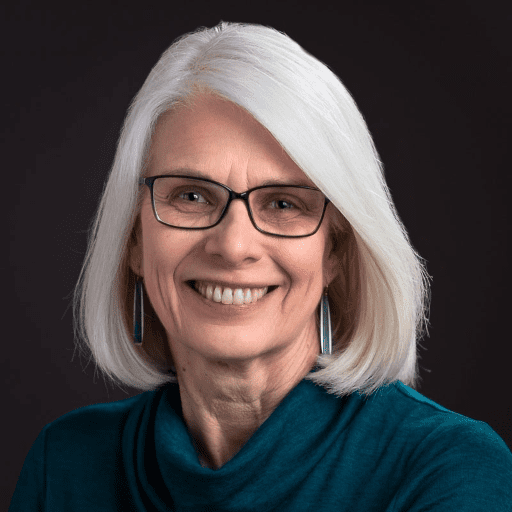 Alison Webb
Alison Jones Webb, a public health specialist and recovery advocate, is the author of Recovery Allies: How to Support Addiction Recovery and Build Recovery-Friendly Communities. She has spoken at numerous professional meetings and is a certified prevention specialist and recovery coach.
Previous article
Eastern Maine Development Corporation (EMDC)
Next article
Finding Purpose in Recovery