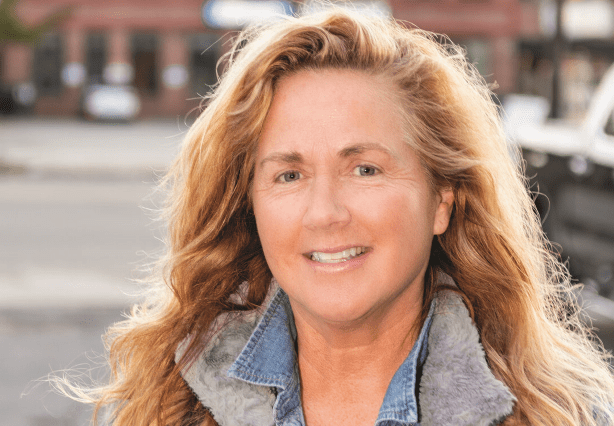 Finding hope where she least expected it

It started with sugar.

When she was growing up, Margo was after all the sweets she could find, sneaking with a sweet secret.

She speaks about an insatiable need that has always been within her: “Sneaking, stuffing, couldn’t get enough.”

Margo is a recovering alcoholic.

Since she was a young girl, Margo felt she was “terminally unique” and insatiable, whether it was powdered donuts, sweet wine or external affirmations from those around her.

Unfortunately, this made for a poor foundation to the house full of termites that her alcoholism later built.

But Margo Walsh, founder of MaineWorks, has been building a better home and one she hopes to share.

Guilt, shame and remorse—Margo knew it all too well.

Back then, Margo used to say, “I would rather be dead than not drunk.”

She experienced her first blackout in her twenties and it became a trend to not feel the weight of all the memories she was missing and her own risky behavior while she was working for recruiting companies for the financial industry—like Goldman Sachs Investment Banking Division in New York.

In December 1997, she had blacked out again and her family couldn’t forgive her this time. Margo decided to call for help and checked herself into a rehab facility.

Lovingly and full of hope, her father brought her in the next day.

That was not the end of her struggles, however.

She worked hard to build a better foundation for herself and her family once she decided she was worth saving. She began volunteering at a jail and working at an international human resources consulting firm—Hewitt.

At this point in her recovery, she was focusing on helping those around her to the best of her ability, but she wasn’t her own priority.

She was really focused on helping others.

She witnessed how many people were imprisoned due to the disease of addiction and the difficulty they faced trying to gain employment after their release.

Her experiences and expertise led to the creation of MaineWorks.

A certified B-Corporation since 2013, MaineWorks is an employment company focusing on gaining employment for those in recovery, those with felony convictions and those who need real assistance.

Margo’s passion project has become a roaring success, employing hundreds since its opening in 2010. MaineWorks was recognized as the most successful innovative business in the State of Maine by SCORE in 2014 and Margo Walsh herself was named as one of five Women to Watch by MaineBiz Magazine.

She has been honored for her courage and compassion.

Margo lovingly mentions the connections she made with women she met during 12 step meetings and rehab facilities, how connecting with them saved her. They validated her struggles and her constant quest, her patterns and fears. They shared their own. “I found hope where I least expected it. I found it in the church basements, not the church. I met it among people that said ‘me too, oh totally! I get what you’re saying. YES to that.’ And that’s the connection I never dreamed I would find. That’s what I was looking for.”

Margo had once sought out the perfect people and the perfection in herself, then she medicated with alcohol to cope. In recovery, Margo was now seeking out imperfection. The imperfections and mistakes and bad habits—she was able to see them now, after so many had shared with her.

Knowing that change is possible and with help and support, people can rebuild their lives, Margo also co-founded Maine Recovery Fund with her sister in 2017. A 501(c)(3) nonprofit organization that assists people re-entering the workforce with integrative services, housing & transportation and tools & training.

Margo prioritizes same-day access to mental health care and prides herself on being available to listen or support anyone who seeks her out. She believes staying quiet and stuffing your feelings is what gets you in trouble and encourages speaking up and out about how you are and what you’re going through.

That’s the only way healing can begin.

And Margo has learned to care for herself in tandem.

“Now I have become my priority.” She says, “If you’re empty, you can give nothing. Right? You are constantly emptying yourself and in the end, you’re empty. So hopefully I can offer that. Women and people in recovery need to find the things that fill them up and actively know what that is. I’m really connected to the ocean and the water. I spend most of my time when I’m not working literally on the water. So I’ve found peace there, and I wish peace to everybody in these difficult times, but don’t do it alone, find people to be with and connect to because we are stronger together. I believe that. I am here to help anyone who is seeking a better life, it’s worth every second.”

“Hopeful – The Story of MaineWorks ” a movie about Margo and how she built MaineWorks from her kitchen table to what it is today—a multi-state, socially conscious innovative employment agency. Visit hopeful-film.com for more information!