Bringing Your Whole Self to Work 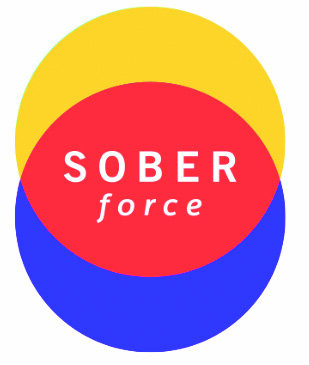 Bringing Your Whole Self to Work with Soberforce

It all started with a courageous social media post by a co-worker on LinkedIn about his personal recovery. His post led to Marin and two others connecting to share their experiences with each other.

Then in the fall of 2020, Marin Nelson decided to be brave and emailed her 50,000 colleagues at Salesforce inviting them to join a newly formed sober-focused employee group, Soberforce.

After years working for start-ups, Nelson became the regional Vice President of Enterprise Service at Salesforce. Now, she is also the CEO and Co-Founder of Soberforce, an Employee Led Resource Group aimed at destigmatizing addiction and supporting recovery in the workplace.

Sixteen years sober, Nelson has consistently had examples of both alcoholism and recovery in her own family. Recognizing addiction in herself in her teenage years inspired Nelson to reach out for help in May 2005. She started with a 12-step program and found success.

Her sobriety enabled her to gain success in her career and she practiced being upfront about it in those spaces. Informing her coworkers about her sobriety put her in a position of accountability and, eventually, she was able to identify with it.

“I’ll always share about being in recovery,” Nelson says, “because I never know when it will help someone.”

From her own power and vulnerability, she created a space that allowed others to share with her as well.

That was the soil that Soberforce was started in.

Traditionally, sales can be a career of high pressure and demand, as well as lonely day to day. About 75% of sales workers suffer from extreme stress. Soberforce works in direct opposition to that to make employees feel seen and cared for by creating spaces for workers to openly share their own experiences.

Soberforce was developed by Nelson and three other Salesforce employees from different groups who were also on their own recovery journeys. Authentically and vulnerably, workers began sharing their own stories of struggle and day counts of their sobriety, gaining courage and support from others in the same environment. They quickly noticed “people are struggling everywhere.”

By having informed and compassionate leaders, employees feel cared for and empowered.

Soberforce is not affiliated with any particular recovery program, and is not limited to specific addiction struggles. Nelson herself recognizes that there are any number of paths towards sobriety and that addiction, whether it’s alcohol or gambling, has to be acknowledged to be controlled.

Soberforce is also a space for allies in the workplace who are looking for support or wish to show their colleagues they care about their wellbeing.

Connection spreads when given a place to grow.

And naturally, Soberforce is still growing. Nelson credits Salesforce and its equity groups for the continued success of Soberforce.

With 75,000 employees, Salesforce has significant resources and reach, and is a trailblazer for this type of employee support. Salesforce provides resources, such as law counseling and crisis training, and a structure that can be implemented in other businesses interested in using the model of Soberforce in their own workplaces. That is the ultimate goal of Soberforce, to be adopted by businesses so they too can wholly see and support their teams.

Next steps for employee wellness, according to Nelson, include training leaders to acknowledge their employees as whole people with full lives and their own struggles. It’s important for these leaders to recognize when someone needs help and to have the tools to help them on an individual level. By having informed and compassionate leaders, employees feel cared for and empowered. That alone increases work ethic, a sense of purpose, and a sense of belonging that they can extend to their work and their lives after they clock out.

The impact of businesses integrating their own Soberforce resource teams could change society at large towards compassion and inclusivity, rather than pressure, judgment, suppression and punishment.

Nelson says that, often, all people need is a chance.

“My hope is that more companies support mental health,” she emphasizes, “not just recovery.”

Resources like Soberforce have the potential to transform the workplace, and encourage each of us to show up to work exactly as we are and know we will be cared for.

Her new role is an extension of what she started with Soberforce, impacting corporate culture at scale, facilitating dialogue around diversity, equity and inclusion, and corporate social responsibility topics.

Well-Being at Your Fingertips